Modern Polling was successfully used by Watford Council in the May 2018 Voter ID pilots. This was the first, and only fully online electoral register to be used in Polling Stations in the UK. With the aim of trialling Voter identification, the successful delivery has provided much needed insight and meaningful statistics to the Cabinet Office to inform and drive future UK legislation. 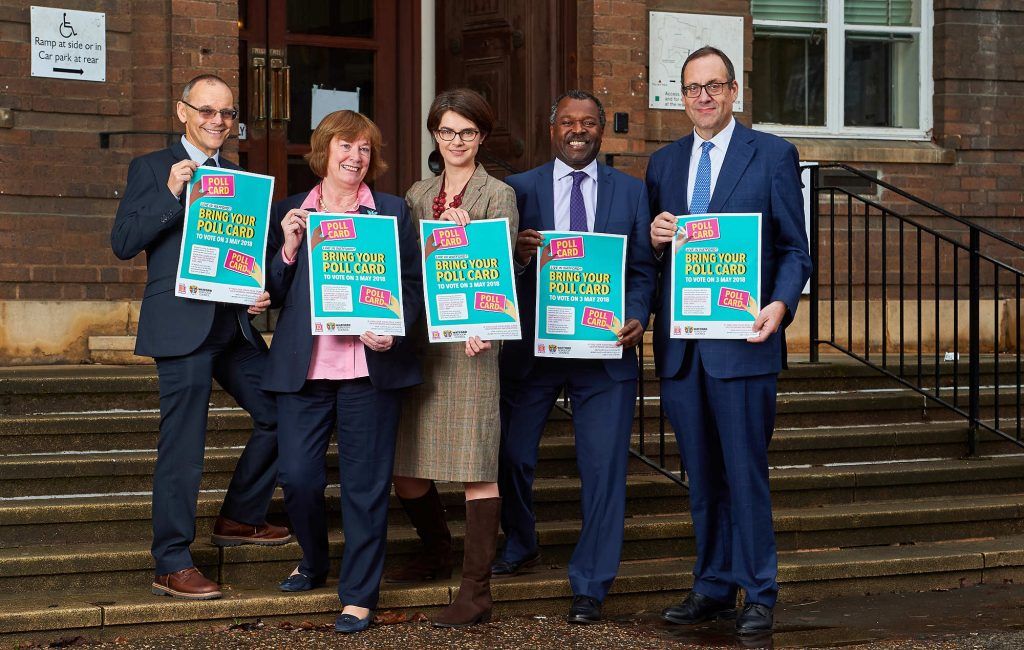 MODERN DEMOCRACY WERE EXCITED AT THE PROSPECT OF WORKING WITH ONE OF OUR EXISTING CUSTOMERS, WATFORD BOROUGH COUNCIL, AS PART OF THE PILOT CONTROL GROUP, TO TRIAL AND REFINE OUR MODERN POLLING APPLICATION.

We quickly formed a dedicated team of Election and Software professionals to undertake an analysis of Watford’s key requirements and design an appropriate digital alternative to existing manual systems.Modern Democracy presented an innovative solution, to deliver the VoterID pilot which met the objectives of all the stakeholders; Watford Borough Council, Cabinet Office, and Government Digital Services :

OUR INNOVATIVE MODERN POLLING SOLUTION PROVIDED ALL THE NECESSARY FEATURES REQUIRED TO DELIVER A SUCCESSFUL ELECTION, INCLUDING ELECTOR CHECK-IN AND STATION MANAGEMENT.

Using the secure tablet application, built to take advantage of the security and performance of Apple’s iOS platform, Polling Staff simply scanned a Quick Response (QR) code embedded on each Voter’s Poll Card, helping to quickly and uniquely identify voters. This simple innovation provided Poll Clerks the ability to record Voters’ identification documents; search the register; check whether the Voter had already voted; record corresponding number entries and ultimately mark the register. In addition to the VoterID processing, Presiding Officers, using the Modern Polling application, were able to check whether a Voter was not on the register, or had attended the wrong station without having to phone the Election Administration team and wait for a response. This was quickly identified by the users as an invaluable tool on Election Day.

The IT used in polling stations on 3rd May worked well. The Returning Officer told us that, as a result of the IT system, the additional information available throughout polling day was useful, for example on levels of turnout at individual polling stations. This would be an even more helpful facility for electoral staff at higher turnout polls where it could be used to allocate resources as needed on polling day.
Electoral Commission, Watford 2018 voter identification pilot evaluation

Approximately one third of Polling Station staff felt that despite the additional checks for Voter’s identification, the election was much easier using Modern Polling, with the majority of staff feeling positive about the entire experience.
The Watford team felt that the technology made the poll card feel more secure and sped up the process.
Cabinet Office, Electoral Integrity Project – Local Election 2018 – Evaluation

Thanks to our in-house training team, 93% of Polling Staff felt the training and user-guides were clear, rating the training as either excellent or good, equipping them with the tools to run a successful election.

We attribute the success of the Pilot to the agile, collaborative approach, ingrained in our delivery capability which ensured the software and platform met both functional and non-functional requirements, including performance, reliability and security. Our market leading Modern Polling was designed with usability and security at its core. While the entire Modern Democracy team were quietly confident in our technology solutions, few could have imagined, at the outset of the engagement, the unmitigated success that was achieved by the entire Modern Democracy, Watford Borough Council and Cabinet Office team on the Voter ID Pilot.

Delivering innovative but intuitive solutions in the election space requires clarity and focus. Modern Democracy’s approach and support gave our team the control to perform with real visibility and confidence.